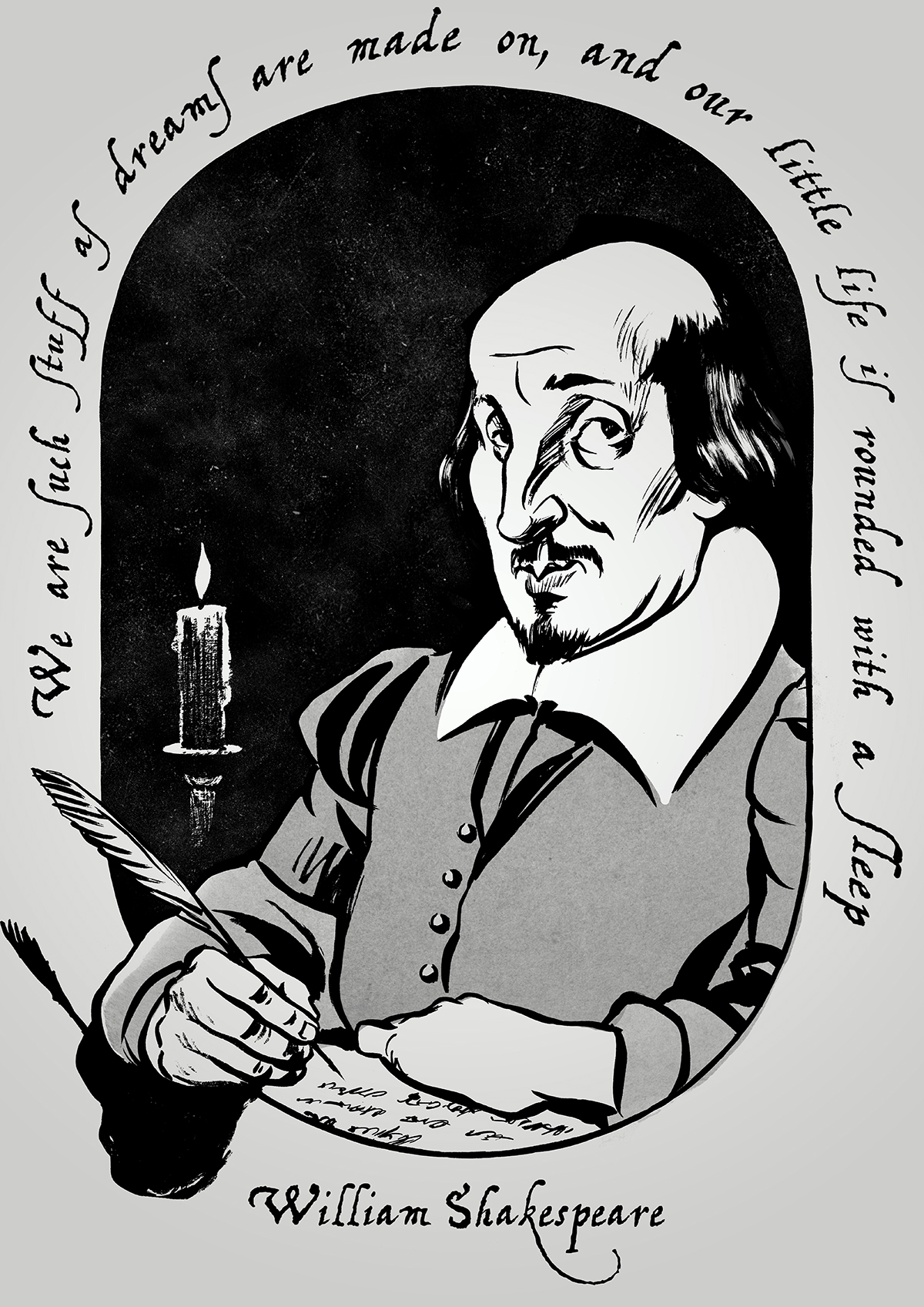 Shakespeare died fairly young, at 52. Had he lived he would’ve been 456 today.

In fact as no birth records exist, we cannot be sure he was born on this date. As he was baptized at Holy Trinity Church at Stratford-Upon-Avon on April 26th 1564, scholars have settled on this as the most likely birth date. Similarly, the exact date of Shakespeare’s death is not known, but assumed from the record of his burial two days later, to be April 23rd 1616; his 52nd birthday.

Nor do we know with any certainty what he looked like. Only one portrait is generally accepted as reliable -the engraving by Droeshout in the first folio. Sentimentalists who prefer to imagine all poets as looking like Byron tend to be dissatisfied with it, as it is not the face of a modern romantic hero. The face is not the man. Not that the Droeshout can be claimed as anything more than a rough approximation of what Shakespeare really looked like. It was almost certainly not done from life, but copied from another that was and later lost or destroyed. However it received the blessing of contemporaries such as Ben Johnson, who knew him., and as such, is the best we have to go on.

Given the doubts leave enough room for artistic license, I have attempted to come up with a likeness which is loosely based on that image, assuming a degree of idealization was already in it. The gentle caricature was then made from that imaginary ‘real man’. I intended it to be the likeness of a real face in which it is possible to discern a man of sensibility and rare intelligence. The task turned out to be far more difficult than expected. Numerous revisions couldn’t convince me that I was looking at a character of genius. In the end, all you can say is that Shakespeare probably, maybe, looked a little bit like this.

The quotation, ‘we are such stuff..’, is from The Tempest.