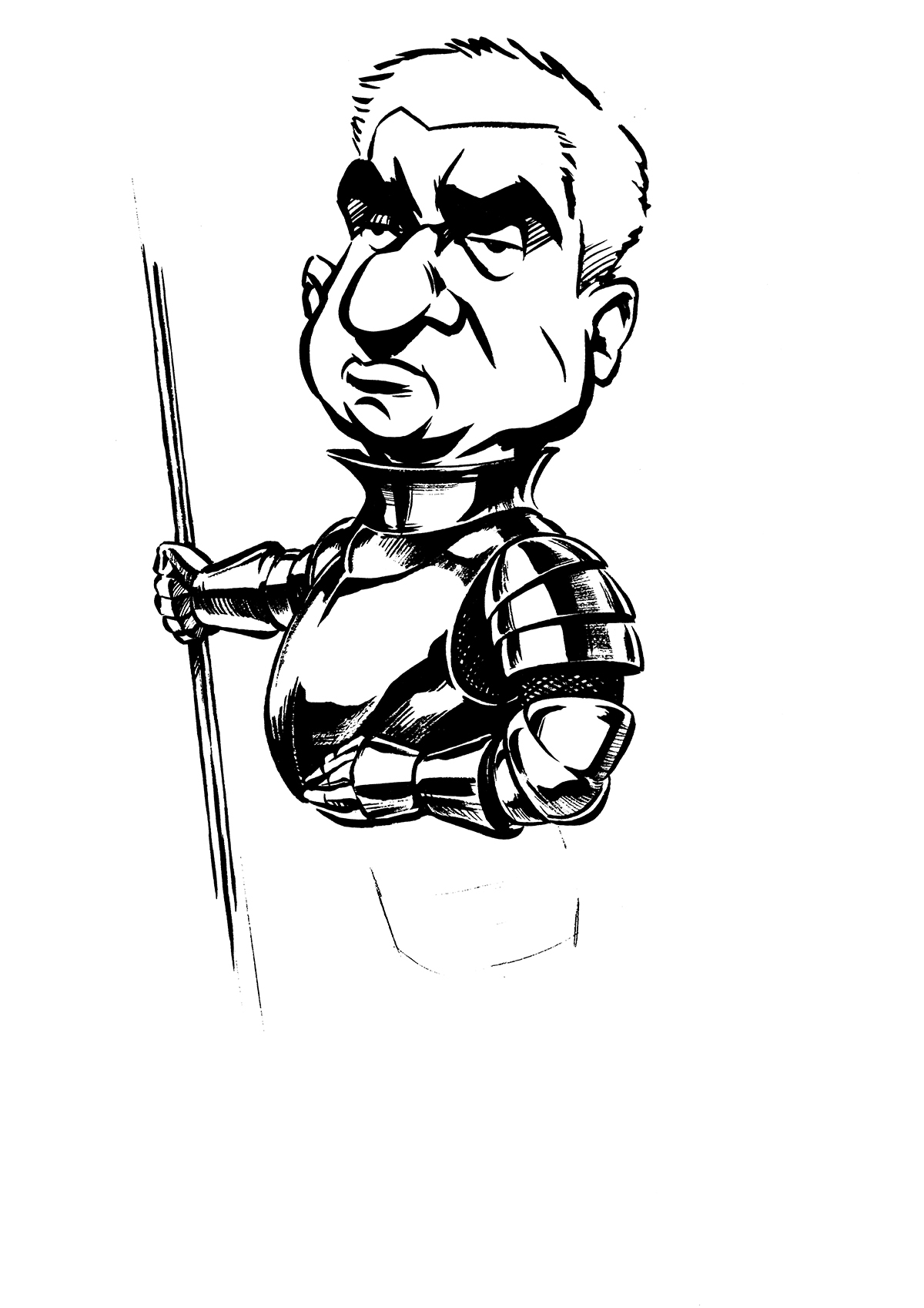 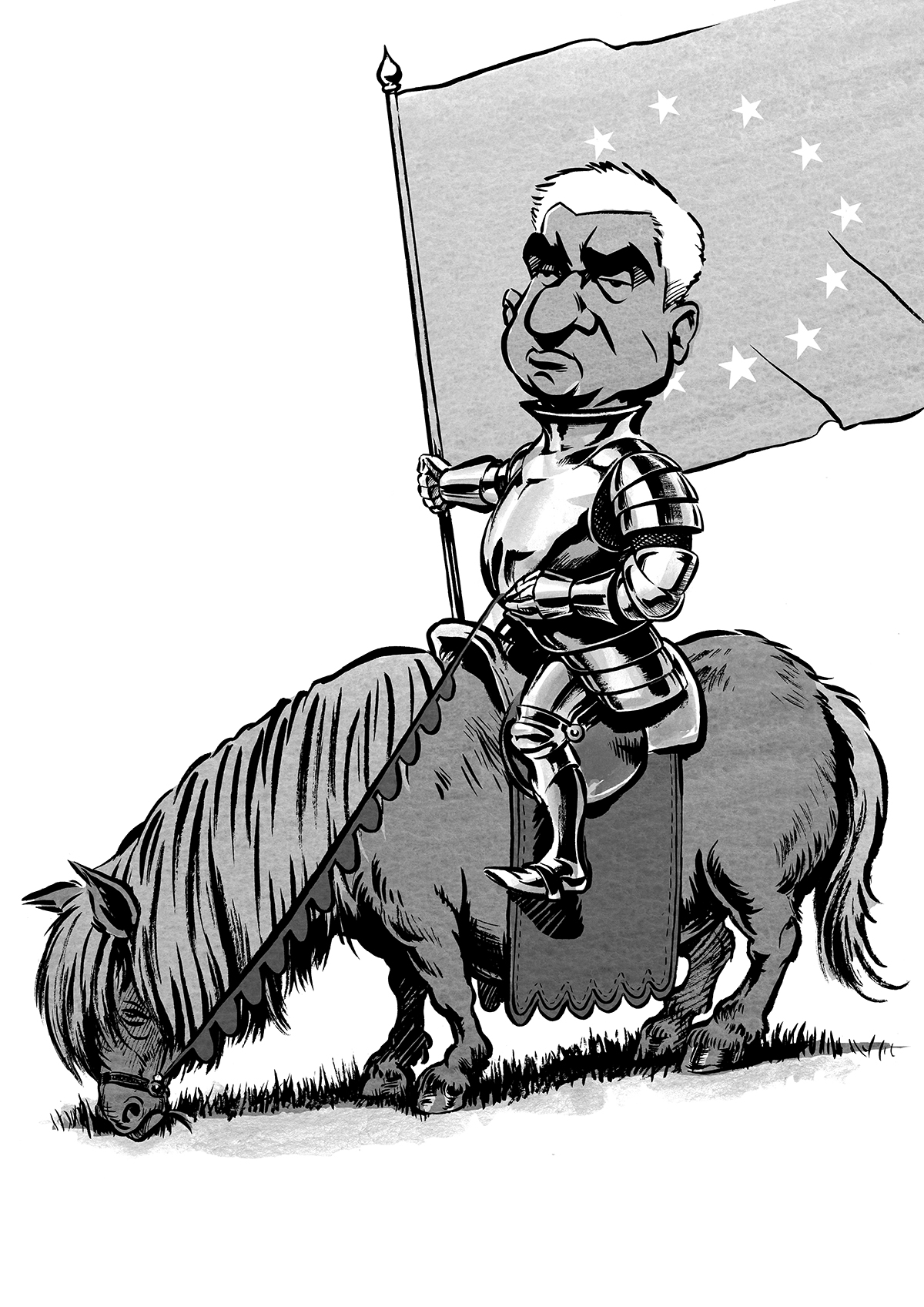 Brave Knight of old, Sadiq Khan arrives on his trusty steed to rescue the silly people of Britain from their own ignorance. Recently the Mayor of London sought to further hamper the seemingly endless passage of the Brexit bill through Westminster, when he publicly urged M.P.’s to be ‘brave’ and do what’s ‘right’, by ignoring the will of the people and voting in support of amendments put forward by the unelected House of Lords. He also advocated staying in the customs union and advised our elected representatives to quote, ‘vote for what you think is in your best interest’. Perhaps someone should remind him that more people in London voted for Brexit than voted for him to become mayor. Not that he’d be particularly bothered. I chose to depict him wearing his favorite of the two facial expressions in his arsenal, which we could call ‘grim determination’. The other, in case you’re wondering, is called ‘compassionate concern’.