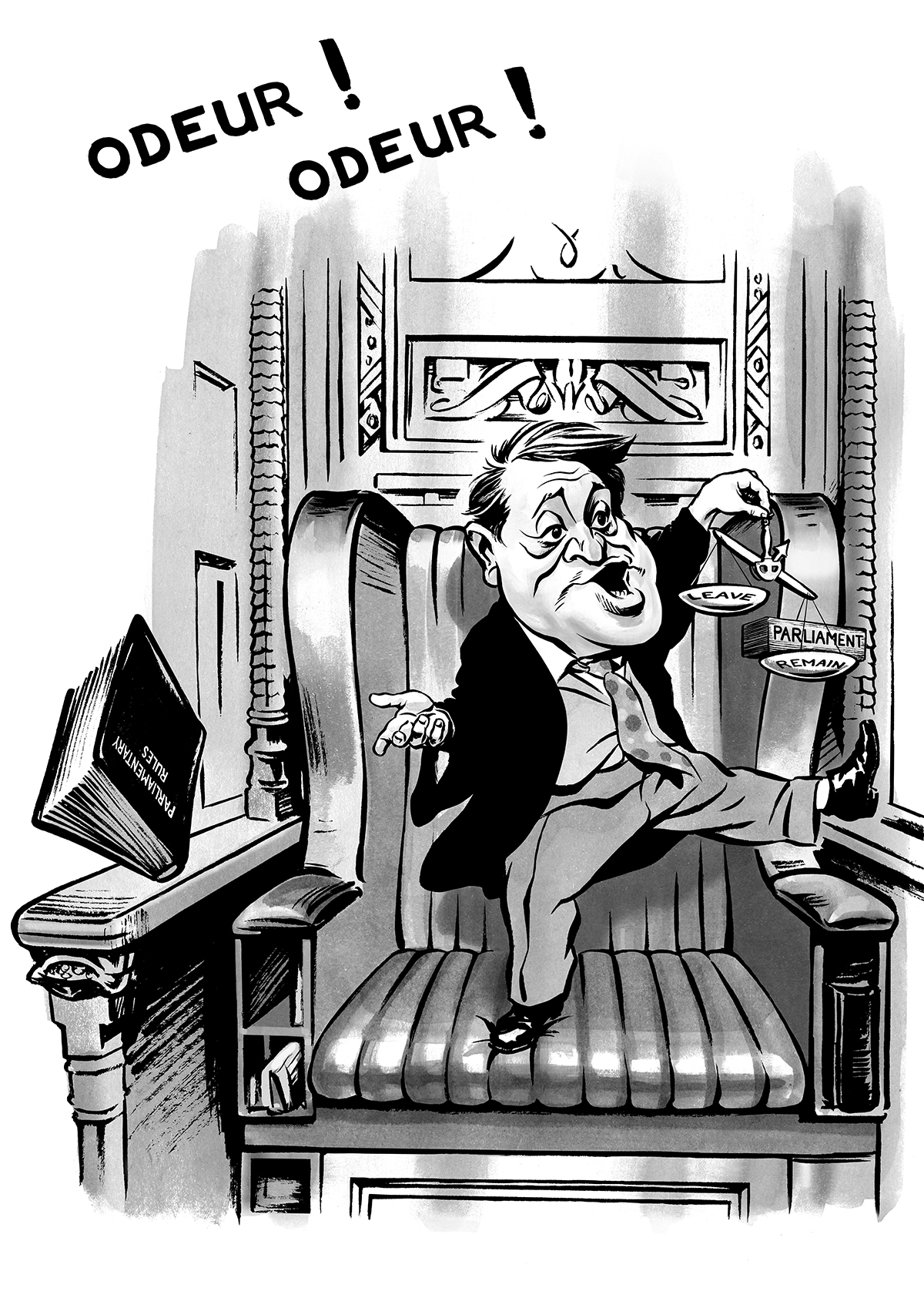 I’m no constitutional expert but isn’t the speaker of the house supposed to be impartial?

Throughout the preceding three and a half years John Bercow has repeatedly revealed a tendency to advance the cause of those seeking to frustrate the Brexit process, at the expense of those who wish to see it conclusively settled in alignment with the referendum result. From lame excuses for sporting an anti-Brexit sticker on his car to accepting amendments to take leave off the table, but refusing amendments to take remain off the table. A proposed ERG amendment to rule out a second referendum was mystifyingly not selected for debate, despite securing 127 signatures. Recently, the proroguing of parliament was openly condemned by the speaker to an extent which clearly crossed a threshold and marked him out as a liability. His time in the spotlight was up and he duly bowed to unseen pressure to announce that he would be stepping down on 31st Oct.

Perhaps it was suppressed feelings of resentment at being ousted which found expression in a bizarre and spiteful rebuke aimed at a Conservative MP, during what is laughably referred to as a commons debate, which hinted at a cold vindictiveness behind all the affable amateur theatrics and pompous strutting and declaiming from the stage. Whilst he ranted with claws exposed, and poured scorn upon the unfortunate object of his displeasure, who sat dumbly in the uproar around him; on the opposition benches, the spontaneous ovation squad frantically roared approval at this extravagant show of self indulgence. They would have bravoed if he had stood on his head and waved his legs in the air.

Many are belatedly asking themselves what manner of man this is and with whom was he consorting at this critical time? He certainly gives the impression of a man who is not above harbouring petty grievances. Whilst the motivations behind little Bercow’s shamelessly partisan execution of his duties remain sketchy, the consequences of such subterfuge could be enormous. How can it be that the wielder of such power can remain totally unaccountable, allowing remainer MP’s all the time, opportunity and creative interpretation of parliamentary procedure they need to frustrate efforts to fulfill the referendum result. Days after stepping down, Bercow surprised precisely no-one by publicly admitting to a strong ‘secret’ allegiance to the remain camp.

As he departs, to evaluate various lucrative job offers which will no doubt soon be showered upon him from abroad, his successor; an unassuming, plain speaking, salt-of-the-earth, old-labour type northerner; Lindsay Hoyle was appointed. Much has been made of the personal tragedies he has suffered and of his apparent integrity as he was dragged to the hot seat in yet another piece of ridiculous parliamentary pantomime; yet chosen as much, you have to suspect, for the stark contrast he presents to his predecessor, as for the personal qualities he brings to the role.